A collaborative reflection written by Jai and Zong Heng

“I never knew our voices could be so loud,” I remarked to one of my friends on the Monday right after Orientation Camp, recalling the times how I had to raise my voice to get the Year 1’s attention. Be it re-visiting the school traditions and values, or learning how to use a gimbal (a device used to keep a camera stable during live-streaming) within a day, this extremely long journey has been an eye-opening experience to say the least. Through our reflection on this unique experience, Jai and I, Zong Heng, hope to inspire more Year 3s and Year 3s-to-be to become a PSL.

You can be forgiven if you mistook that preparation for the Orientation Camp (O-Camp) only starts a few weeks before – it actually began months before the actual event. The application to become a PSL starts in June the year before (so be sure to check your emails regularly if you are interested) and once you’ve gotten in, the first meeting happens in August. That is just the start of what’s more to come. After electing the PSL Chair and Vice-chair, and brainstorming for and selecting a theme for the camp, we took a short breather for the EYEs. After the EYEs, be sure to keep an eye out for emails. Between the PSL training on how to manage the Year 1s and the start of the brainstorming process for the camp activities, you can expect your holiday to be (partially) occupied with PSL commitments. In my experience as a member of the Camp Operation sub-committee, I was tasked with planning activities for the morning of the second day. After multiple rounds of brainstorming for ideas, writing proposals and sending them to the teachers for feedback, we finally managed to catch a breather at the start of December.

By mid-December, everyone’s plans for O-Camp were ironed out and things kicked into high gear. The first dry-run was held right before Christmas. Lasting two full days (yes, from 7.45 a.m. all the way till 5 p.m.), the dry-run was intense but helpful. Some of us played the role of Year 1 students and we participated in the activities to simulate the Orientation Camp as closely as possible. Needless to say, as we walked around the school participating in activities, our legs started aching and I felt drained after one day. Despite feeling exhausted, this process proved pivotal for the success of the camp as the dry-run revealed issues we otherwise may have missed out. Take one of the activities I facilitated as an example – even though it looked good on paper as a plan, the actual execution ran into multiple issues, with the “Year 1s” finishing the activities way too quickly. We had to perform some emergency edits to our plan to ensure the smoother execution of the activity. After modifications by the my sub-committees over the long Christmas weekend, a second dry run was held, albeit a shorter one, where all the kinks were ironed out.

Having recounted the preparation process for the Orientation Camp, this should not put off potential applicants for PSL. Rather, you should be prepared to give it your all and commit to this rewarding journey.

Zong Heng: But it’s satisfying when it finally bears fruit…

To be completely honest, on the first day of the camp, as I waited at the back of my assigned Year 1 class, apprehension and self-doubt started to creep in. While the form teachers were interacting with the Year Ones, I was nervous. What if I accidentally tripped and made a fool of myself? What if the Year 1s were uncooperative? Were all our efforts going to naught or were they finally about to bear fruit?

“PSLs, do you want to introduce yourselves?” Despite the multiple rounds of training and rehearsals, no amount of practice can fully prepare you for the actual event. Armed with the experience from all our dry-runs, we gradually got used to leading and taking care of the newly-joined Gryphon Hatchlings.

With the carefully-planned icebreakers, the class eventually livened up, much to the PSL’s relief. We also had the privilege of easing the Year 1s into their daily routines. As I guided them around the school, a sense of deja vu hung over me. The wide-eyed Year 1s were just like me, 3 years ago when I first stepped into this institution. Now, 3 years later, it is finally my time to give back to the school.

Jai: JRIC Planning and how it went

Junior Rafflesian Investiture Ceremony- one of the biggest milestones of a Year 1’s  journey in Raffles Institution and the climax of the much exciting O-camp. This ceremony turns strangers into a big family which shares 6 years of learning together. Planning and executing this grand inauguration was no simple task as it required sleepless nights and our blood, sweat and tears. Like in Zong Heng’s recount of O-camp, preparations for this special day started not weeks but months before!

It was finally Day 5 of the orientation camp and the Year Ones were more excited than ever as it was the day for their inauguration. Spirits were running higher than ever and classrooms were bustling with joy as students braced themselves for the rollercoaster ride they were about to embark on.

The day started with the Y1s participating in class bonding activities such as Escape Rooms. Everyone was having the time of their lives and were elated about being a step away from the JRIC. Tension started to build up at 1300h when preparations for the JRIC finally began.

13 00 – 14 30 : Having bonded over the last 4 days, we put their class spirit to the test by letting the Y1s design and put up their class decorations. This was no simple and trivial matter since the parents would be able to see the decorations as they are used as the backdrop to the live stream of the JRIC. We’ll leave it to the parents to judge whether the Y1s were able to put up a good show.

14 30 – 16 30: It was finally time for the Y1s to join the RI family as official Rafflesians. It was time for us to welcome them into the school with open arms, and for us to look back on the week-long O-camp. The Y1s were shivering in nervousness and excitement as they reached the highest point of their roller coaster ride. The JRIC started with an address by our principal, Mr Federick Yeo, in which he showed his appreciation to the Y1s for whole-heartedly taking part in the orientation camp activities. The main event followed, where the Year Ones were invested with the RI school badge which was then pinned on their crisp white uniforms. This moment could be marked as both magical and emotional since smiles, tears and joy could be seen on the faces of the proud Y1s and their beaming parents. Having gone through this experience myself, it is definitely a moment where one feels accepted and excited for his next six years in Raffles Institution.

The JRIC finally concluded with a video compilation of the Y1s’ journey through their orientation camp. The video definitely had a range of reactions with some year ones recounting the joy they experienced while some giggled about the funny pictures taken of themselves or of their peers.

Achieving and dreaming big welcomed 406 new souls into RI as they begin their journey into this vast and unknown territory. At the end of the day, all the Year Ones have completed their initiation into our Rafflesian family. 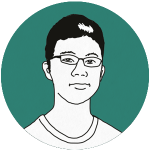 See posts by this author

A Raffles Publication member, Year 4 student and also a bass singer in Raffles Voices, ZongHeng attempts to bring you stories that matter whilst juggling his other commitments (hopefully with enough sleep left).
In his freetime, you would find him in his natural habitat- a couch with a book in hand. 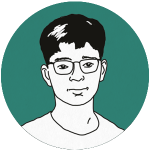 This author does not have any more posts.

← Tips and Tricks for Using Your iPad
→ Our Deputy Principal of Academic Studies (Year 1-4): Who is he?